THE STORY
Writer and first time director Badih is desperate to find an actress to play Vanda, the female lead in his adaptation of a classic sadomasochistic German novel from 1870. At the end of a long day of failed auditions, a pretty vulgar and equally desperate actress walks in—oddly enough, she is also named Vanda. Although completely wrong for the sophisticated part, Badih decides to give her a chance and the audition quickly escalates into a seductive power play. As the two work through the script, they blur the line between play and reality, entering into an increasingly serious game of submission and domination that only one of them can win.

<The Play is in Lebanese-Arabic > 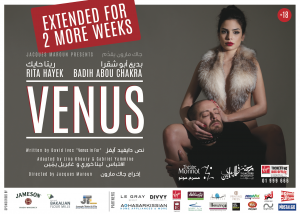 VENUS IN THE PRESS: 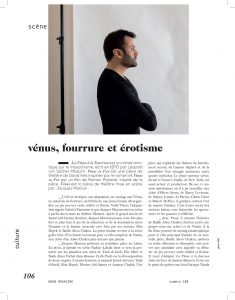 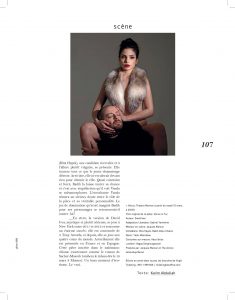